​Is It Safe To Use Aluminum Foil In Cooking?

Is It Safe To Use Aluminum Foil In Cooking? 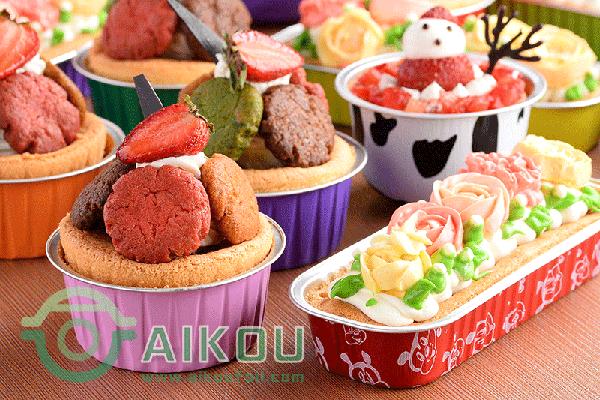 Some claim that using aluminum foil in cooking can cause aluminum to seep into your food and put your health at risk.

However, others say it's entirely safe to use.

This article explores the risks associated with using aluminum foil and determines whether or not it is acceptable for everyday use.

Aluminum foil, or tin foil, is a paper-thin, shiny sheet of aluminum metal. It's made by rolling large slabs of aluminum until they are less than 0.2 mm thick.

It's used industrially for a variety of purposes, including packing, insulation and transportation. It's also widely available in grocery stores for household use.

At home, people use aluminum foil for food storage, to cover baking surfaces and to wrap foods, such as meats, to prevent them from losing moisture while cooking.

People may also use aluminum foil to wrap and protect more delicate foods, like vegetables, when grilling them.

Lastly, it can be used to line grill trays to keep things tidy and for scrubbing pans or grill grates to remove stubborn stains and residue.

Summary: Aluminum foil is a thin, versatile metal commonly used around the home, particularly in cooking.

Aluminum is one of the most abundant metals on earth (1).

In its natural state, it is bound to other elements like phosphate and sulfate in soil, rocks and clay.

However, it's also found in small amounts in the air, water and in your food.

In fact, it's naturally occurring in most foods, including fruits, vegetables, meats, fish, grains and dairy products (2).

Some foods, such as tea leaves, mushrooms, spinach and radishes, are also more likely to absorb and accumulate aluminum than other foods (2).

Additionally, some of the aluminum you eat comes from processed food additives, such as preservatives, coloring agents, anti-caking agents and thickeners.

The actual amount of aluminum present in the food you eat depends largely on the following factors:

Regardless, the aluminum content of food and medication isn't considered to be a problem, as only a tiny amount of the aluminum you ingest is actually absorbed.

The rest is passed in your feces. Furthermore, in healthy people, absorbed aluminum is later excreted in your urine (5, 6).

Generally, the small amount of aluminum you ingest daily is considered safe (2, 7, 8).

Summary: Aluminum is ingested through food, water and medication. However, most of the aluminum you ingest is passed in feces and urine and is not considered harmful.

Most of your aluminum intake comes from food.

However, studies show that aluminum foil, cooking utensils and containers can leach aluminum into your food (6, 9).

However, the amount that permeates your food when cooking can vary.

For example, one study found that cooking red meat in aluminum foil could increase its aluminum content by between 89% and 378% (10).

Summary: Cooking with aluminum foil can increase the amount of aluminum in your food. However, the amounts are very small and deemed safe by researchers.

The day-to-day exposure to aluminum that you have through your food and cooking is considered safe.

This is because healthy people can efficiently excrete the small amounts of aluminum the body absorbs (12).

Nevertheless, dietary aluminum has been suggested as a potential factor in the development of Alzheimer's disease.

Alzheimer's disease is a neurological condition caused by a loss of brain cells. People with the condition experience memory loss and a reduction in brain function (13).

The cause of Alzheimer's is unknown, but it is thought to be due to a combination of genetic and environmental factors, which can damage the brain over time (14).

High levels of aluminum have been found in the brains of people with Alzheimer's.

However, as there is no link between people with a high intake of aluminum due to medications, such as antacids, and Alzheimer's, it's unclear if dietary aluminum is truly a cause of the disease (6).

It is possible that exposure to very high levels of dietary aluminum may contribute to the development of brain diseases like Alzheimer's (15, 16, 17).

But the exact role aluminum plays in the development and progression of Alzheimer's, if any, is yet to be determined.

In addition to its potential role in brain disease, a handful of studies have suggested that dietary aluminum could be an environmental risk factor for inflammatory bowel disease (IBD) (18, 19).

Despite some test-tube and animal studies that allude to correlation, no studies have yet found a definitive link between aluminum intake and IBD (20, 21).

Summary: High levels of dietary aluminum have been suggested as a contributing factor to Alzheimer's disease and IBD. However, its role in these conditions remains unclear.

It's impossible to completely remove aluminum from your diet, but you can work to minimize it.

The World Health Organization (WHO) and Food and Drug Administration (FDA) have agreed that levels below 2 mg per 2.2 pounds (1 kg) body weight per week are unlikely to cause health problems (22).

However, it's assumed that most people consume much less than this (2, 7, 8) Here are some steps you can take to minimize unnecessary exposure to aluminum when cooking:

Additionally, as commercially processed foods can be packaged in aluminum or contain food additives that contain it, they may have higher levels of aluminum than their homemade equivalents (3, 4).

Thus, eating mostly home-cooked foods and reducing your intake of commercially processed foods may help to reduce your aluminum intake (2, 3, 8).

Summary: Aluminum exposure can be reduced by decreasing your intake of highly processed foods and reducing your use of aluminum foil and aluminum cooking utensils.

Aluminum foil isn't considered dangerous, but it can increase the aluminum content of your diet by a small amount.

If you are concerned about the amount of aluminum in your diet, you may want to stop cooking with aluminum foil.

However, the amount of aluminum that foil contributes to your diet is likely insignificant.

As you are probably eating far below the amount of aluminum that is considered safe, removing aluminum foil from your cooking shouldn't be necessary.