When the coffee capsules are used up, how to deal with them?

When the coffee capsules are used up, how to deal with them?

About a third of Americans own a capsule coffee machine, but its popularity is becoming an environmental burden as well as a convenience, and it's possible that dozens of discarded coffee capsules could circle the globe.

The discarded capsules need to be recycled in a special way because some contain plastic, which is difficult to break down and may even contain toxins.

Nespresso is one of the world's two leading makers of capsule coffee. The company has developed a recycling facility for its coffee capsules to address the problem. We can learn about it through a short film:

Nespresso was the first coffee company to develop a factory specifically designed to recycle coffee capsules, and many people may wonder why. In fact, the reason is very simple. The larger the market size, the greater the responsibility. In 2017, for example, the sales volume of capsule coffee in the United States increased to nearly 4.5 billion. The companies that make up half of the market are supposed to do something about recycling and other related issues so that people can have a sustainable social space.

Because Nespresso capsules are made of aluminum, they need to be broken down in a very specific way, so they partnered with Ag Choice, the first and only commercial food waste and livestock fertilizer company in New Jersey. From here it is processed, the bottom of the capsule is separated from the aluminum container, and a series of recycling actions related to smelting is carried out. 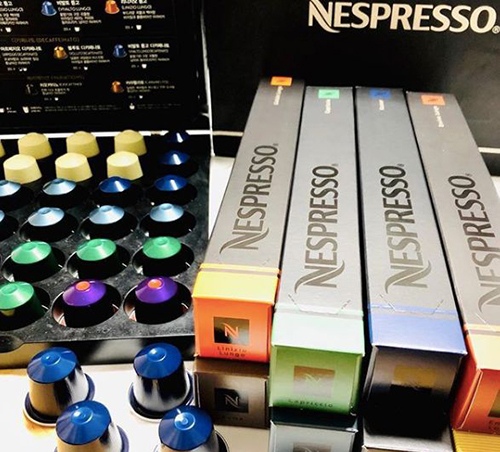 On the consumer side, you need to open or flush the used capsules. All that is needed is to place the used capsules in Nespresso coffee bags and send them to Ag Choice. Nespresso's recycling is planned in 37 other countries, including Canada, Brazil and New Zealand.

The other capsule coffee maker is Keurig, which can be said to occupy the absolute market position. In 2014, a video called "kill K cup" came out, which aroused high attention on Keurig.

The company received skepticism from some environmental activists and organizations at the time, because their capsules contained a plastic ingredient that was difficult to break down. At the time, Keurig co-inventor John Sylvan even said he regretted inventing the k-cup and knew what terrible impact capsules have on the environment.

The Shared goal of Keurig and Nespresso is to establish a more comprehensive and sustainable capsule recycling program by 2020. But having facilities may not be enough, as the companies will still rely on consumers to send back used capsules. For Nespresso, however, the focus is on long-term solutions, they said.