Why cupcakes became dried after baking 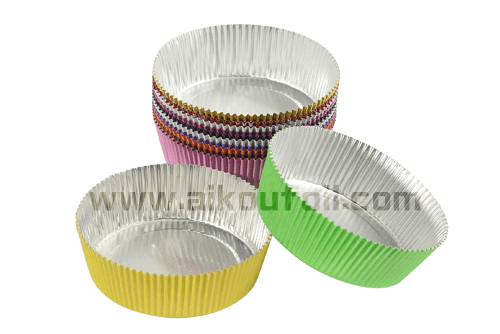 After getting a good baking recipe, baking techniques also play a role that can not be ignored.

With a same cupcake baking recipe, the cake you make may be dry and hard,

but the others make it soft and sweet.

The problem may be out of the baking process, such as batter mixed,

the raw materials weighing, oven temperature control and so on.

These are the reasons that could cause your cupcakes dry and hard.

1. The method of flour weighing is not correct

The weight of the flour has a great effect on the finished product, which will be dry and hard once the excess is used.

Therefore, the way to weigh the flour is also critical, it is best to prepare a kitchen scale, accurate weighing.

From the out of bag of flour in flour pour another cup, and then weighing.

Because of the density of flour in the flour bag, a cup of flour is more than actual need.

Flour, cocoa powder, coconut powder and other powder ingredients are the best first and then sift,

so you can make the powder material more fluffy, the actual use of the quantity,

baked out of the Cup Cake will become more fluffy.

2. Other raw materials are incorrect

There are many other raw materials, such as sugar, butter, egg yolk and so on,

these raw materials are able to play a moisturizing, softening the role of batter.

In addition, if the cake batter in the liquid ingredient is too small, may also cause the cake to dry.

The size of the egg will also have an impact, so it is best to use kitchen scales to measure the liquid ingredients.

Some people worry about the fat in the dessert too high, because of the removal of a part of the fat.

This is not correct, oil is also a moisturizing ingredients,

if you want to get rid of the need to use other raw materials to replace.

3. Pay attention to the order of material addition

In baking recipes, all ingredients can be divided into dry and wet ingredients.

When baking cake batter, dry ingredients and wet ingredients must be mixed evenly and then mixed together.

Wrong mixing order, not only may cause the cupcakes to dry, but also may cause caking phenomenon.

In the mixing cake batter, as long as the batter mix evenly, remember not to be excessive mixing.

Once the excessive mixing, the cake batter will produce a lot of gluten,

too much gluten will cause the cake becomes dry and hard.

In addition, when baking cupcakes, as far as possible to choose low gluten flour instead of gluten flour,

so as to avoid excessive gluten in the batter.

Preheat the oven to the desired temperature in the recipe before the cake batter is placed in the oven.

it is possible not to bake the cake in the required time.

However, the oven temperature is too high, it will make the cake was dried.

The use of a period of time the oven, there may be uneven temperature phenomenon.

In order to avoid the deviation of baking temperature, it is best to prepare an oven thermometer,

so you can more accurately grasp the oven temperature.

because of better thermal conductivity and internal coating.